Hepatitis B Free pays respect to the Aboriginal Elders and descendants both past and present who are the traditional custodians of the lands on which we live and work. 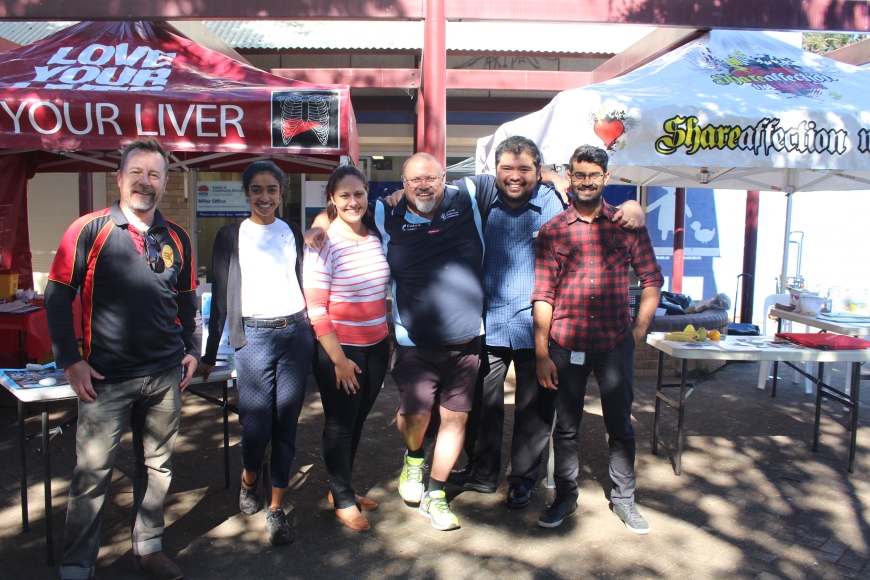 There was a crisp chill in the air as we began setting up our stall, and I was glad to have been wearing a warm jacket. We were one of several health stalls spread across the courtyard outside the Hub, a community centre in Miller, Western Sydney. The event offered various health awareness activities to members of the local community, with a particular focus on Aboriginal health.

LOVE YOUR LIVER was written in bold lettering across the front of our tent, drawing attention to the education and free hepatitis B point of care testing we were offering. The usual table arrangements were made; with brochures, posters and consent forms on a table at the front of the tent; and medical equipment for testing on a table at the back. As we waited for the event proceedings to begin, we introduced ourselves to fellow stall-holders, and representatives from Hepatitis NSW, with whom we were sharing the stall.

The event opened with a Welcome to Country and a performance by the Jannawi Dance Clan. The dances were representative of the relationship to land and nature, and it was special and moving to watch.

Over the course of the day, we talked to various community members about hepatitis B and provided testing to those who were interested. Many of the people who attended the event were of Aboriginal ancestry. Hepatitis B is an important health concern amongst Aboriginal and Torres Strait Islander people, among whom the rates are up to five times higher than the overall Australian population. Furthermore, Aboriginal Australians account for around 10% of those living with chronic hepatitis B in Australia, despite representing 2.5% of the total Australian population (Graham et al., 2013). Awareness, testing and linkage to care is important for anyone living with chronic hepatitis B, and particularly for communities which are known to have higher rates. 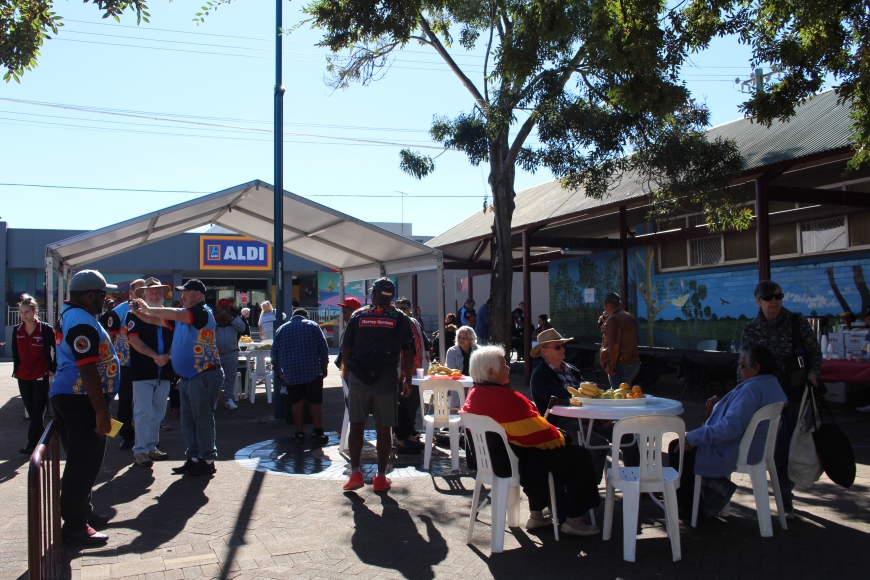 As people visited the stall, we noticed that not everyone was willing to undergo testing. This is expected, and we explained what the test involved, and offered information about hepatitis B if they didn’t want to have the test. Some were worried about the pain. Some were not interested. There is a lot of stigma surrounding hepatitis B, and this varies in different communities due to culture and social prejudice. For example, some people assume that hepatitis B is only associated with injecting drug use. But that is not the case – it can be spread by mother to child at birth, by blood transfusions, direct contact with bodily fluids, and unprotected sex. This is why we must continue to raise awareness and educate people about hepatitis B.

One person who visited the stall was interested in collecting some brochures, but said they already knew much about hepatitis B. We talked for a while, and they told me that they had had some difficult experiences when they younger, but now, they want to communicate a positive message and educate their children about health and protecting against hepatitis B. That was really encouraging to hear.

It was very rewarding to have the opportunity to hold a stall and meet members of the community of Miller and surrounding suburbs. Thanks to Secretary Mel Kermeen, and fellow student volunteer Sai Sankare Siritharan, for their help volunteering at the stall. We look forward to working together with Aboriginal communities to promote hepatitis B awareness, testing and care.

View all posts by hepatitisbfree