On 24-30 April 2016, Hepatitis B Free promoted a social media campaign to contribute to annual World Immunization Week. This campaign is run by the World Health Organization and the theme this year was “Close the Immunization Gap”.

As part of the social media campaign, volunteers produced a series of infographics with facts about hepatitis B immunisation. The infographics were published each day throughout the week across Facebook and Twitter, as well as the social media platforms of partner organisations such as Hepatitis NSW and CEVHAP (Coalition to Eradicate Viral Hepatitis in the Asia Pacific). 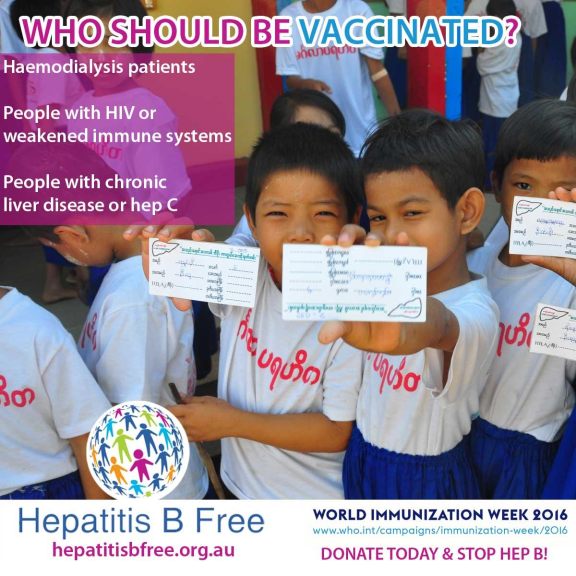 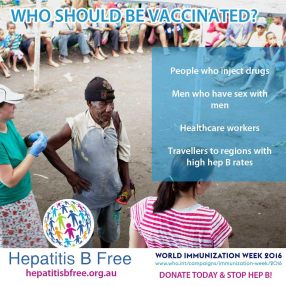 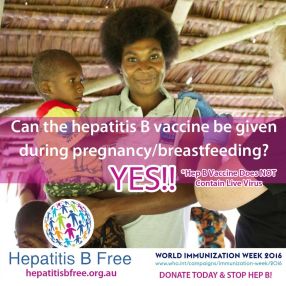 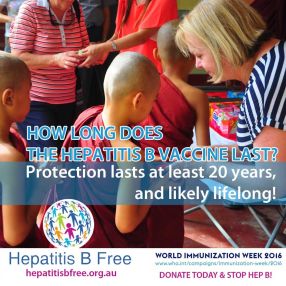